BRANTLY WOMACK: President Putin has made a major blunder that is tragic for Russia as well as for the Ukraine 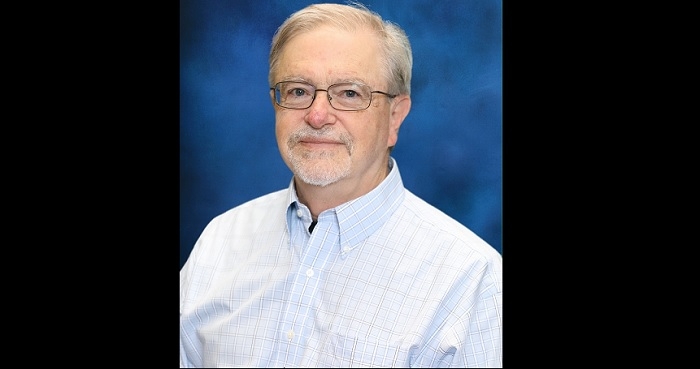 BRANTLY WOMACK PROFESSOR OF FOREIGN AFFAIRS AT THE UNIVERSITY OF VIRGINIA TO GULAN: President Putin has made a major blunder that is tragic for Russia as well as for the Ukraine

Brantly Womack holds the Miller Center’s C. K. Yen Chair and is professor of foreign affairs at the University of Virginia. He received his BA degree in politics and philosophy from the University of Dallas, and after a Fulbright in philosophy at the University of Munich, earned his PhD in political science from University of Chicago. He is the author of China Among Unequals: Asymmetric International Relationships in Asia (World Scientific Press 2010) and China and Vietnam: The Politics of Asymmetry (Cambridge 2006), as well as more than 100 articles and book chapters. He edited China’s Rise in Historical Perspective (Rowman and Littlefield 2010), the product of a lecture series at the Miller Center, and Contemporary Chinese Politics in Historical Perspective (Cambridge 1991). In 2011, Womack received the China Friendship Award for his work with Chinese universities. He holds honorary positions at Jilin University, East China Normal University, and Zhongshan (Sun Yat-Sen) University. In a written interview with our Magazine, He answered our questions:

Gulan:It has been said that there are two options the Russia has to choose between them, either to be an ally for the west, or a vassal for China, do you agree with that, and do believe that china will take advantage of the situation( Russia- Ukraine war) to work in this direction?

Professor Dr. Brantly Womack: President Putin has made a major blunder that is tragic for Russia as well as for the Ukraine.  However, Russia is a big country with lots of resources and a high opinion of itself.  It does not need a patron.

Gulan:Do you envisage any positive and constructive role for China to play to end the invasion or mediate between the warring parties?

Professor Dr. Brantly Womack: China should certainly make every effort to help end the conflict.  It has strong relations with all parties so perhaps it can make a contribution in mediation.  More importantly in the longer run, China could make a major contribution to the rebuilding of Ukraine.

Gulan:Or you expect that China will work to lessen the impact of the sanctions imposed on Russia and help that country militarily?

Professor Dr. Brantly Womack: China is being hurt by the crisis.  It would be foolish to do anything that would prolong or exacerbate the conflict.  While it is conceivable that China might try to keep Russia from being cornered, because Russia might be more dangerous if cornered, it will not be an accessory to the conflict.

Gulan:US national security advisor  warned that  if any country -including China- will bail Russia out, there will be consequences, do you expect any escalation of tension between US and China?

Professor Dr. Brantly Womack: China will resent Jake Sullivan’s proclamations, and they would be counter-productive if they have any direct effect at all.  They do demonstrate the Cold War mentality of the U.S., about which China has complained.

Gulan: With regard to UN security resolution to denounce Russia invasion, what do you make about China's abstention to condemn the Invasions?

Professor Dr. Brantly Womack: It was a mistake not to condemn, but it was not a sign of support.  While the number of states supporting the resolution was impressive, 141 in favor, 35 abstain, 2 opposed, there was no Asian neighbor of Russia in favor, and most of South Asia was also abstaining.  Moreover, if you add the populations of the respective states, it was 46 percent in favor, 52 percent abstaining, thanks primarily to China and India.

Gulan:Can we safely say that China is the main beneficiary of this situation?

Professor Dr. Brantly Womack: Absolutely not.  China is currently in a fragile economic and political situation, and the crisis adds much to its troubles, both immediate and prospective.

Gulan: In your last article ( Taking the fork in the road: Chin's Ukraine Dilemma), you have written that " the last thing China wants is a new cold war", would you elaborate on that?

Professor Dr. Brantly Womack: The Cold War was an era of economic, political, and ideological segmentation overshadowed by the threat of major war and breeding many smaller conflicts.  China’s success since 1980 has been based on global economic integration, mutual tolerance of political differences, and ideological caution.  While President Xi Jinping has claimed major power status for China, he also has supported the continuation of the basic policy direction that made China’s growth possible.

Jim Sperling to Gulan: Russia has lost the European market for its natural gas and oil into the long-term

Glenn Diesen for Gulan: The Ukrainian war is a direct result of the failure to establish a mutually acceptable post-Cold War settlement

Mr. STRUAN STEVENSON to Gulan: I expect that there will be plots already underway to remove Putin from power

Ofra Bengio to Gulan: Whenever the Kurds were united, they achieved greater accomplishments

David L. Phillips to Gulan: The US has no friends in Iraq except the Iraqi Kurds

Dr. Jim Sperling to Gulan: The notion that there is or can be a single Middle East policy for the United States is part of the problem