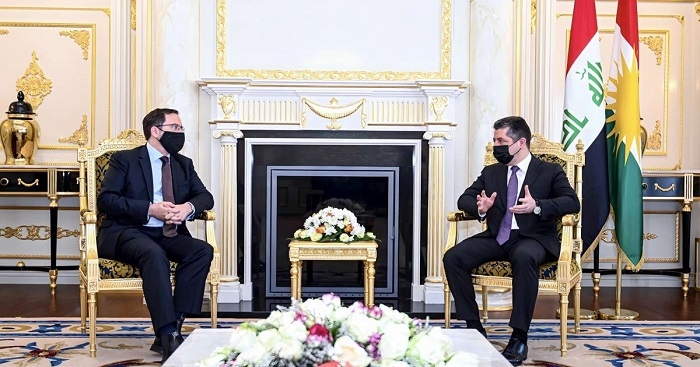 Both sides agreed on the importance of resolving the outstanding issues between the Kurdistan Region and the Federal Government - particularly the oil and gas issue - on the basis of the Constitution.

The Prime Minister provided reassurances that the Kurdistan Region is always ready to negotiate and reach an agreement that protects its constitutional rights and is in the interest of all Iraqi citizens.